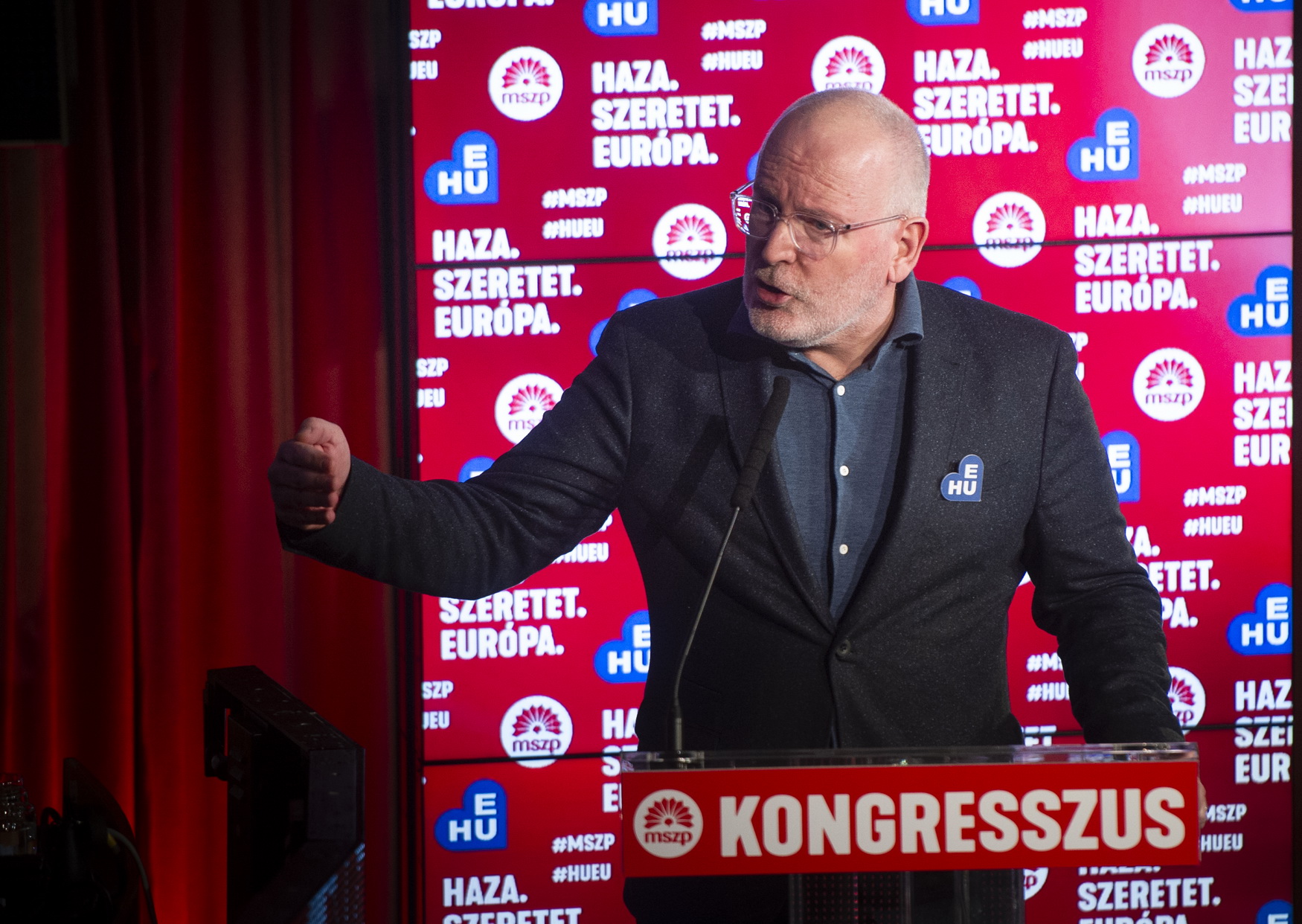 Speaking in Budapest today, Frans Timmermans underlined that the European elections are a chance for Hungarians to send a clear message that they share our common European values and will stand up for their rights and fight for a positive future for Hungary.

Frans Timmermans said in his speech at the Hungarian Socialist Party (MSZP) Congress in Budapest:

“All across Europe I see young people standing up and speaking out for what they believe in. We have an obligation as politicians to stand next to these young people. And if they are attacked by the powers that be, to not abandon them.

The PES Candidate to lead the next European Commission travelled to the country as part of his pan-European campaign ahead of the elections on 23-26 May. Timmermans also met with trade union leaders, progressive organisations and young Hungarian activists to talk about their hopes for the future.

The Hungarian Socialist Party Congress in Budapest saw hundreds of MPs, party activists and supporters gather to hear from Bertalan Tóth (President of the MSZP), Gergely Karácsony (Mayor of Zugló), and Frans Timmermans.

On Friday evening, Timmermans met with Hungarian Trade Union leaders to discuss the Hungarian Government’s controversial labour code amendments, which have become known as the ‘Slave law’. The new rules, which would allow employers to require their staff to work up to 400 overtime hours, with no payment for up to three years, seriously undermines workers’ rights.

Check the live broadcast of the speech in Budapest here