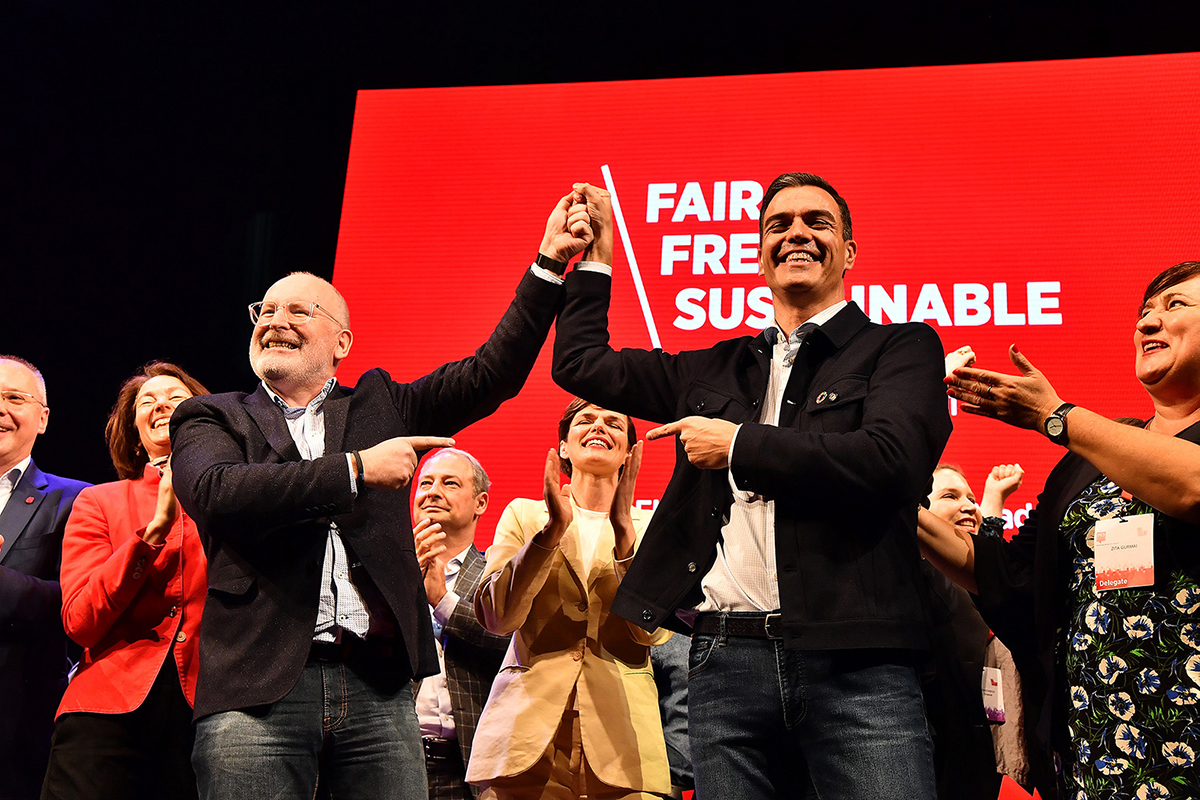 Frans Timmermans today pledged to radically rewrite Europe’s social contract, to transform the EU and to build a fair Europe for all, if he is elected as the next President of the European Commission.

“I’m so proud to go into this election campaign with this manifesto - our movement is proud, optimistic and eager to create progressive change. This is our New Social Contract for Europe. I sense optimism here today, and right across Europe – spring is coming. I see young people marching for climate change, women standing up against inequality and violence, I see progressives campaigning for change across our continent. Spring is coming – I see it in Madrid, I see it in Portugal, in Germany, in Poland, I see it in Pedro Sanchez. He is key to Europe’s progressive future, and we stand with him in this election. We stand together, behind this manifesto, for a New Social Contract for Europe.”

The PES family unveiled its manifesto for the 2019 European Parliament elections in Madrid today, pledging to prioritise the fight against climate change, overcome inequality, fight for tax justice, harness the digital revolution, ensure a fair agricultural transformation, manage migration better, and guarantee security for all. The PES believes that only this radical change will secure a future that all Europeans can believe in, and be part of.

The PES manifesto was adopted at the party’s Election Congress in Madrid, and approved by delegates from PES member parties who will contest the European elections in May on a common platform with a common lead candidate.

“In such turbulent times, when nationalists and the far right in many European countries are considered as potential partners by the conservatives, when the traditional right is close to using the far right rhetoric to stay in power, we – the social democrats - are the only alternative, we will protect the European values of equality, human right and solidarity. With a strong manifesto and a strong candidate like Frans Timmermans, we are proud to stand up as that alternative."

Based on a series of policy resolutions passed at its Congress in Lisbon late last year, the PES Manifesto - A New Social Contract for Europe - sets out the party’s commitments in seven key areas:

The manifesto is the culmination of an extensive consultation with PES member parties, NGOs and leading progressive thinkers.

You can read the full manifesto here: www.pes.eu/manifesto2019
You can keep up with Frans Timmermans’ campaign here: www.frans4eu.eu
You can find photos of the Congress here:
www.flickr.com/photos/partyofeuropeansocialists/
You can watch the full Congress video here: www.facebook.com/PES.PSE/

The transcript of the Frans Timmermans speech will be made availble on his website after the event: www.frans4eu.eu