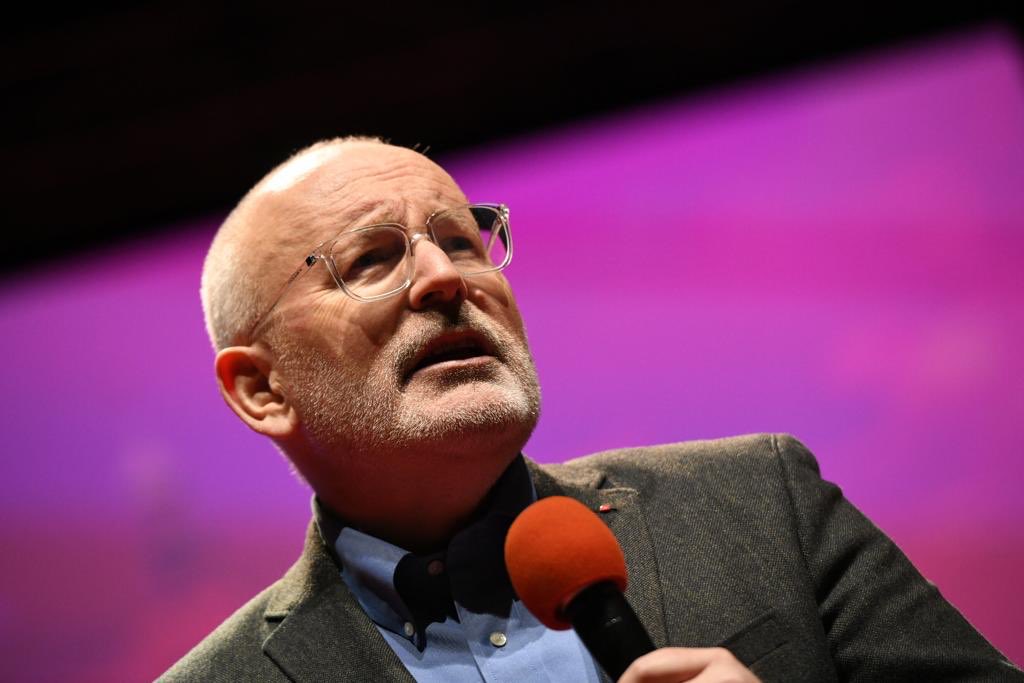 To build a fairer Europe, with fair wages for all citizens and more social justice, progressives must motivate and mobilise voters to take their destiny in their own hands, Frans Timmermans said tonight in a speech in the Congress Square in Ljubljana.

“I have been coming to this country since the late 1970s. I have seen it develop into a pearl in the crown of Europe.  I can feel now that something is changing across Europe in our societies too. I can see that people are tired of austerity, young people are demanding action on climate change, workers are saying we want fair wages. Let’s go out and seize this opportunity to change Europe. It’s time to convince people to vote for a Europe that is fairer and stronger, that stands up for our values, that throws out poverty. It’s time for a hopeful Europe that allows our children to dream again. Together, we can motivate and mobilise people across this continent to take their destiny in their own hands.”

The PES Common Candidate gave the keynote speech at the ‘Europe We Need’ event, after an intensive day in Ljubljana where he spoke with students and professors at the University of Ljubljana, with trade unions, NGOs and youth organisations, and with Slovenian people in the streets and market squares of the city. The evening event brought together panels of young people, MEPs and candidates from the social democratic family and other progressive speakers to discuss the future of Europe. The event was followed by a rock concert with three Slovenian bands.