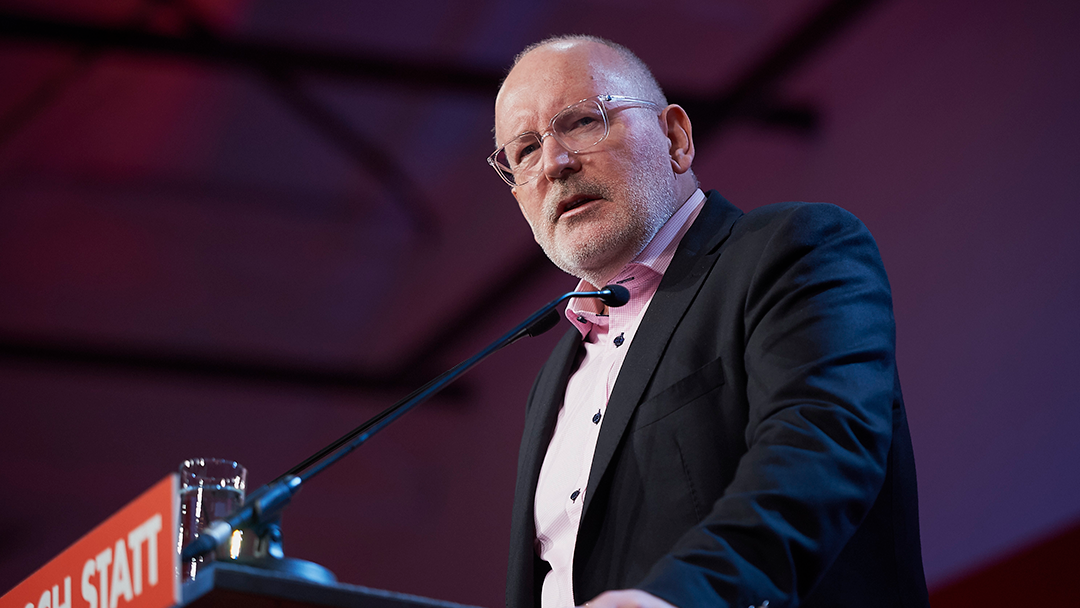 Social democracy is strongest when we focus on our values, Frans Timmermans said as he addressed the SPÖ election congress in Vienna today.

"The single market and the currency are not goals - our values ​​are our goals: social justice, equality between men and women, non-discrimination, openness of society, independence of judges and the free press."

Speaking to the Congress, the PES Common Candidate underlined the importance of affordable housing and stated that accessible, good quality, homes will be a priority for a progressive Commission. Highlighting Vienna’s successful approach, Frans Timmermans said, "this is only possible with the Social Democrats, that's what the cities in Europe want everywhere and that is a policy that we will promote across Europe". As part of the campaign trip he visited the Sonnwendviertel housing project, a new urban district comprising of thousands of affordable homes.