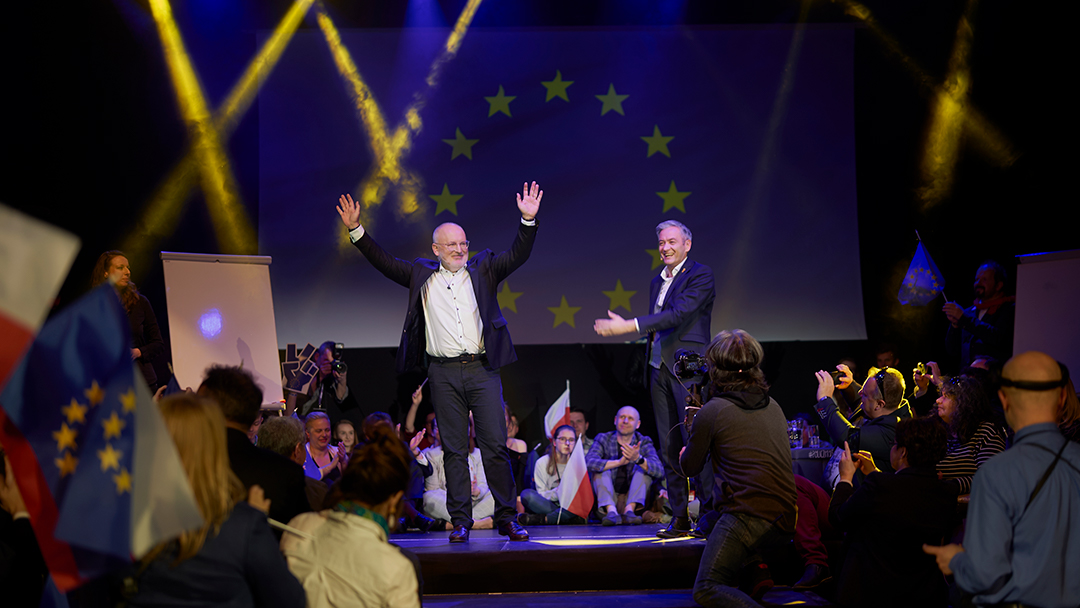 The Polish people are part of one European family, Frans Timmermans said today as he set out his vision for a fair, free and sustainable Europe.

“My dream of Europe is where in every single member state Article 2 of the treaties is respected. Where there is equality between men and women. Where we judge people on the basis of the quality of their character, not the colour of their skin, their religion, their sexual orientation, sexual identity, or where they come from. This is what we Europeans want, this is what, in my experience, the Polish people want. You are part of one big European family, and I will fight with every force I have within me to make sure that nobody ever can take Poland out of the European family and values. This is my promise to you, to my father who was liberated by Polish soldiers in the war, and to Europe.”

After opening remarks setting out his priorities in the campaign, the PES Common Candidate joined Robert Biedron to take questions from the audience about the future of Poland and Europe, covering subjects such as climate change, democracy and the rule of law.