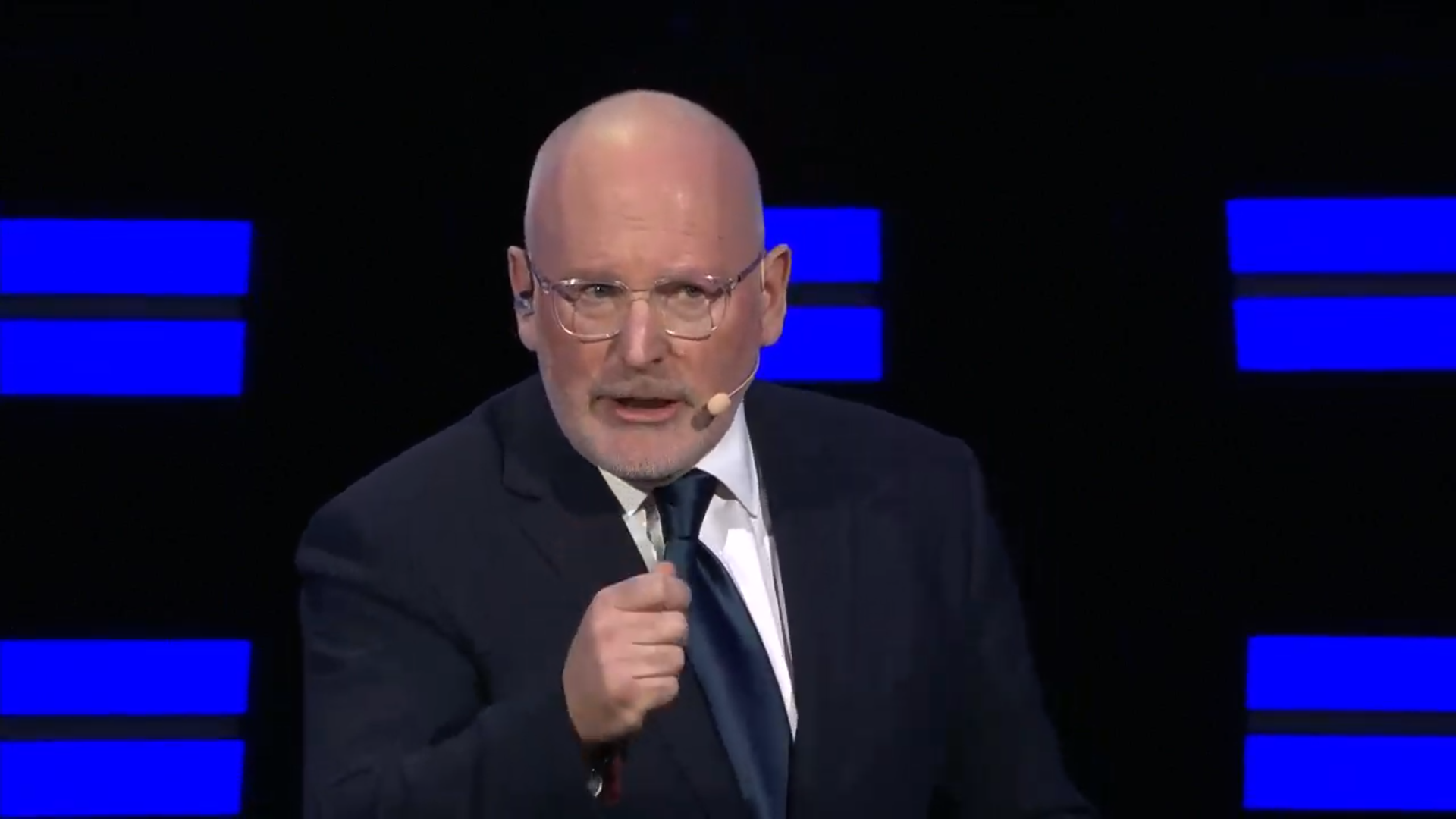 Frans Timmermans speaks at the EBU debate in the European Parliament, Brussels

In a debate with five other candidates for the Commission Presidency tonight, Frans Timmermans set out his progressive vision for a European Union which prioritises the fight against climate change, tackles inequalities and injustice, and is true to its core values of democracy, human rights and the rule of law.

Frans Timmermans set out his progressive vision for a European Union which prioritises the fight against climate change, tackles inequalities and injustice, and is true to its core values of democracy, human rights and the rule of law.

A selection of quotes from Frans Timmermans from the debate can be found below.

"Look at what the divisiveness of Brexit has done to the United Kingdom. Today, the United Kingdom looks like Game of Thrones on steroids. And that’s because of this divisive politics. So, we have a collective responsibility to offer propositions to our citizens that will make them come back to the European project, will make them come back to all the parties around the table here who have constructive propositions for the future. This is the only way forward".

"Let’s expand Erasmus to every young person in Europe, regardless of whether they are in school, or university, or high school, or whether they have a job or not a job. It gives them an experience to learn from other member states.

"Secondly, make sure there is a minimum wage that is on average 60% of the median wage. That will protect young people against these jobs where they get two or three euros an hour."

"And more than that: lower the voting age to 16 years so that young people have a bigger say in the decisions we take at national and European level."

"It’s time we put the climate crisis and sustainability on the very very top of the list of the next Commission."
...
"An NGO went through the voting in the European Parliament over the last five years and they called the EPP dinosaurs, so there is a problem there. It’s not my word, it’s what the NGO did, just looking at the voting.

"The thing is the economy has changed so fundamentally. We are in the fourth industrial revolution. We have companies who have found ways not to pay taxes at all."

"These big companies don’t pay taxes so we should keep asking ‘Alexa: Amazon, when are you going to pay taxes?’ "

Europe in the world

"We have to understand what is at stake for us as Europeans. For the first time in living history there’s an American president who thinks it’s in his interest to have a weak and divided Europe, that’s dangerous for us. Weak and divided, we will not be able to stand up for our values in the world, so we need European unity and we need to convince those political forces who think that Putin is their best friend, all the way from Farage to Salvini to Strache, all these people should understand they are not acting in the best interest of European citizens. We need to be united."

"You have heard us today, you’ve heard all the differences. I hope it helps you make up your mind what you vote next week. But there’s one thing I want to ask you. Whatever you choose, never become indifferent: choose. Let your voice be heard. If you don’t vote, somebody else will take your voice. It’s like giving your money to somebody else to decide about your future. Vote in the European elections. Let your heart speak. Vote for the person or the party you believe will fix Europe’s problems best. But vote. Never let yourself become indifferent."